The extinction of species: catastrophic, gradual, or both?

The extinction of species: catastrophic, gradual, or both?

While the concept of the extinction of species seems obvious today, it was not always so. Until the end of the 18th century, for religious or philosophical reasons, very few thinkers were ready to accept that species could become extinct. The reality and scope of past extinctions were first demonstrated by Georges Cuvier at the very end of the 18th century. Cuvier and his followers believed that extinctions were caused by large-scales catastrophes that destroyed whole faunas. In the mid-nineteenth century, once catastrophism had been replaced by Lyell's uniformitarianism as the leading geological doctrine, different causes had to be sought for the disappearance of species. Charles Darwin's natural selection provided a mechanism that could explain extinction as part of the larger process of organic evolution. However, it was clear that at some well-defined periods of Earth history widespread extinction had occurred on a global scale within a relatively short time span. This led to the concept of mass extinction, which was developed in the 1980s, when catastrophic explanations (such as meteorite impacts and paroxystic volcanism) were put forward to explain major biological crises. The modern view of extinction combines « background » extinctions  occurring within the usual process of evolution with mass extinctions caused by more unusual phenomena which can be viewed as catastrophic. Five major mass extinctions are currently recognized during the Phanerozoic, the last one being that at the Cretaceous-Paleogene boundary which exterminated (among others) the non-avian dinosaurs. Whether the so-called « sixth extinction », caused by human activities, is really comparable with the mass extinctions of the past is the subject of current debates. 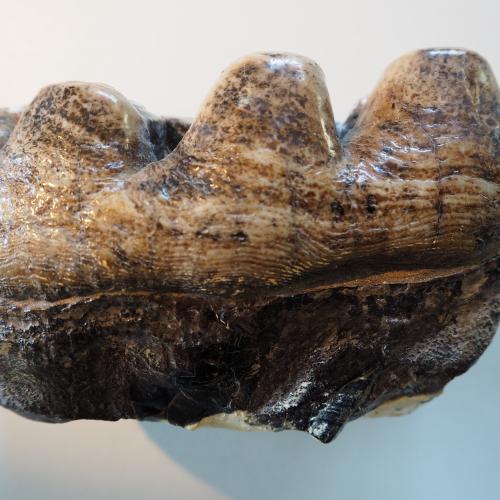